It’s been barely a week since the family got back from their quaint Parisian vacation and they’re ALREADY repacking their bags!!

I mean, I’ll be the first to admit that they’ve been nothing but abusive and neglectful in the past [need I even mention the time they feed me a whole fifteen minutes late?? I was practically passing out from starvation when they FINALLY decided to serve me my tea-time Pedigree quota]  but two holidays in the span of a month seems a bit too much, even for them.

Something tells me there’s more to this than meets the eye. I’ve tried to gather as much intel as I can from their conversations but someone or the other keeps bursting into tears and interrupting the flow. How inconsiderate could you get!! As if it isn’t hard enough to eavesdrop WITHOUT frantic sobbing being added to the equation.

To make the whole situation even MORE suspicious, they’ve already started buying text books for the girls. In the middle of SUMMER!! Why on EARTH they’d need anything school-related a whole month before the holidays end is a mystery to me.

I need to get to the bottom of this, and FAST. I can only hope that their great plans won’t destroy my sleep schedule too much…

The family’s back from their French rendez-vous tomorrow [that’s the right phrase, isn’t it??] and I could NOT be more pleased. Winston is delightful company, for sure, but he certainly isn’t a reliable source of stolen chew sticks [unlike my annoying-but-kinda’-nice sisters] and he definitely doesn’t plan on taking me to the beach anytime soon [which I can rely on my parents to do at least twice a month].

I mean, I’m all for roughing it out and all, but a girl can only go for so many days without a little frolic in the waves before a line is crossed.

It’s been able a week since Win came over and if what we were initially going through was the fabled “Honeymoon Phase,” you can bet your favorite water bowl that the magic’s worn out by now.

Don’t get me wrong; Win is as gentlemanly as hes ever been – and that’s the problem.

I can’t believe I’m saying this after years and years of being neglected and abused by my family [remember the time they bought me that tie-dye collar and made me wear it in PUBLIC?! Ew, the TORTURE!!], but I’ve finally come to the conclusion that there’s such a thing as being TOO polite.

And if there’s one thing that Win certainly is, it’s too polite.

I must admit that, at first, it was GREAT. I loved it when he let me eat up all his lunch without a word and that one time he took the blame for pooping in the foyer [WHAT?? “Verbal” isn’t the only kind of diarrhea I have], I all but swooned.

But then things started to get real boring, real fast. I’m the kind of dog who adores a good debate; a Labrador who lives for a little drama. But Win is too kind to ever hit back, too gentle to cause a commotion.

Before this week, I’d always wished for a collected, composed, cool-as-a-cucumber kind of a canine to enter my life and sweep me off my paws every time I spotted a shooting star [or even when I laid eyes on a cruising airplane, if I’m being honest – hey, I’m not picky!!].

But now, I’m not so sure that’s what I want.

Maybe my melodramatic, psycho family is kinda’ perfect for me, after all.

[OhmyGOD, I can’t believe I just thought that!! My family and PERFECT?? Yeah, right. The conspiracy theorists were right, I guess – staying online for too long wacks up your brain. I’m outta’ here before I start sputtering things like “Trump might have a brain” or some such nonsense. Peace!!]

For the first time in the forty two long [dog] years that I’ve lived, it seems like Lady Luck might FINALLY be giving me a helping hand!!

Yes, dear reader, I am in a glorious mood today because of a number of reasons, most of them having something to do with darling little Winston [or just plain Win, as I like to call him], but I’m getting ahead of myself again, aren’t I??

This particularly cheerful story started on a pretty sour yesterday afternoon, when my so-called “family” left me behind with Grandma J and jetted off to Paris for an exotic summer vacay. Can you BELIEVE them?? What happened to “all for one and one for all”?? What happened to “no man gets left behind”??

And they’re going to PARIS, of all places. My DREAM DESTINATION. It should be ILLEGAL for people to leave behind their precious pooches on their holiday to the gastronomic capital of the world; it really should.

As you can see, I had every right to be cross. It just wasn’t FAIR.

Little did I know that in a short span of twenty four hours, I would be rescued from this highly unsavory situation by a decidedly charming member of my own species.

I didn’t know it at the time, but a friend of Dad’s was to come stay over at our place for the duration of their French sojourn and guess what??

HE BROUGHT ALONG HIS DOG!! [See?? THAT’S how family should be. Together in sickness and in health, at home and on holiday]

And Win isn’t just ANY dog. Oh, no.  He’s an adorable, purebred Labrador [just like yours truly] and he is GORGEOUS. For me, looking at him is just like looking into a mirror [a mirror that makes you skinnier and your fur glossier, but maintains the same level of FABULOUS] so it’s no WONDER that I adore his company.

Writing this update has taken away enough of my time already, time that I could’ve spent  gaily frolicking in the garden with Win. Till next time!!

The family and I were watching a spot of TV the other day when this advert about “Camp Canine” [“it’s exactly what it sounds like; a summer camp for dogs!”] came on and, as if on cue, every single member of my family pounced on me with the same exact question; “Why can’t you be like the dogs on TV, Feni??”

The animals in question happened to be bounding across a field of some sort, their tails magically wagging in sync with their perfectly perky ears, and I couldn’t help but be taken aback by the blatant hypocrisy I was being showered with.

I mean, aren’t you guys the ones constantly complaining about the unrealistic standards celebrities set for the rest of the human population?? How supermodels with their size-zero hips and spotless faces aren’t “realistic”?? How it’s unfair that y’all are compared to overly-made-up actors and actresses??

And yet you don’t miss a beat when it comes to rating your own pet against a telly-pooch who has most definitely been caked with at least twenty different creams and lotions before filming so its fur appears all glossy for the cameras. Tell me I’m not the only one seeing the ridiculousness of the situation!!

Honestly, for such an “evolved” species, you guys have a lot of growing up to do, that’s for sure!!

For those of you who have ever -and I mean EVER- thought to yourselves “well, it’d sure be nice to be born a dog, wouldn’t it??”, I’d like to set the record straight and assure you that the life of a canine is, in fact, the EXACT OPPOSITE of “nice”.

Even if you push past the usual complains of not being able to speak, play Mario Kart or eat Chipotle [which are all soul-crushing in their own right], there’s the whole issue of privacy.

From the moment I wake up, my every move is observed and scrutinized by at least three different people and that’s not exactly the kind of attention I’m looking for.

Whether I’m snoozing or pooping or licking my you-know-what [three of my most-indulged-in activities, in that order], you can be sure that there’s at least one pair of nosy human eyes catching every movement [ha!! A “nosy pair of eyes”!! The English language is as strange as it is enchanting].

This is about as pleasant as it sounds [i.e, not pleasant at all] and I’d definitely like all this excessive attention to stop ASAP, thanks very much.

If you feel that it’s time animals are guaranteed the right to privacy and a stare-free poo, do take the time to sign the petition I put up in the hopes that we get together and change things – before it’s too late…

I was casually minding my business earlier this morning when it suddenly hit me that we are four days from Christmas. FOUR DAYS!!

Are you KIDDING ME?! WHEN DID THIS HAPPEN?! WHY DIDN’T I GET THE MEMO??

I mean, I still have SO MUCH TO DO!! There are candy canes to mass order, Christmas cakes to smuggle, Netflix Holiday specials to binge-watch…

Time to get my elf on! 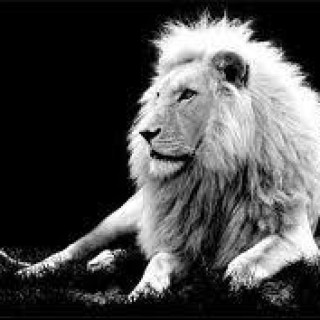 It still hasn't registered. The fact that I actually manage a website. Well, I guess somethings you never do get used to, huh??

The Community – Friends, Fans and Followers

WOof Diaries
Create a free website or blog at WordPress.com.